PHP7.2 was signed as RC6 in 09 Nov 2017 and GA released in Nov 30th's. In Accesto we try our best to keep updated with all new features and changes. Here is a list of the most important things you must know about the new release.

It is now possible to remove argument type annotations when overriding an inherited method.

In PHP7.2 the code above will run without any warning.

It could be useful but mostly in more complex context.

A trailing comma in group use statements is now allowed.

There was also an idea to allow trailing commas in another context like in class member lists, use lists for anonymous functions, trait/interface implementations on a class or in function arguments declarations and calls but all of them did not pass the voting stage.

Take a while and look at RFC to see more benefits and examples.

As we can read in documentation:

And now it is part of PHP Core, how cool is that?

It's great to hear news like that about PHP. Unfortunately, Sodium is not well documented yet on php.net manual, to know more we should reach to Libsodium FAQ and documentation prepared by Scott.

PHP7.2 brings new PASSWORDARGON2I constant which can be used in <a href="http://php.net/manual/en/ref.password.php" target="blank">PHP password API functions. It allows to use new hashing algorithm Argon2 - the winner of Password Hashing Competition. Argon2 should be considered as the replacement for old, default Bcrypt algorithm, and in future versions of PHP it will be a standard.

The methods below are deprecated and will be removed in PHP8.0.

You can find all upgrade notes connected with PHP7.2 on GitHub. PHP7.2 is not as revolutionary as PHP7.0 was but still introduces some desirable changes. It is another reason to abandon the old versions like 5.6 which is not actively supported and will receive security updates only until 31 Dec 2018. Even 7.0 version finished its active support so it's good time to give a chance to 7.1 or 7.2. 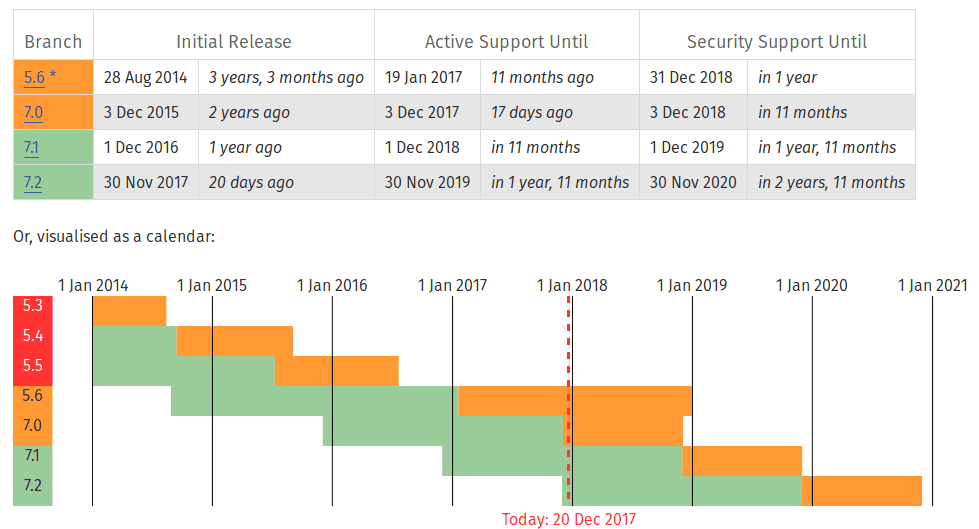