Tooltips may seem insignificant, shy, and sometimes neglected. But they are real superheroes of many user interfaces. And like superheroes, they appear from nowhere, right when you need them, exactly where the help is needed. But, what is their superpower?

Tooltips are really powerful at delivering information. They are a perfect way to provide contextual help, without overloading users with too much information at the first glance. Tooltips appear wherever users need some additional data or explanation. No sooner, no later. This allows you to maintain the UI nice, clean and minimalistic.

Providing help in form fields, explaining complex features or tools, displaying additional information over charts... There are many ways tooltips can improve the user experience of your application. So if you are a front-end developer building an app in Angular, there is a huge chance that sooner or later you will be adding tooltips here and there.

How to add tooltips to an Angular app?

Before we dive into creating our own Angular Tooltip Directive, let's see some other ways to add tooltips in the Angular app. One of the most popular ways is to use the Angular Material component library. It provides a large set of components that follow the Google Material Design system. Another common UI library that you can consider is ng-bootstrap - it is an Angular version of the previously most popular HTML/CSS/JS library in the world - Bootstrap. If you seek something more lightweight yet powerful, you can also check ng2 tooltip directive.

So why should I create my own Tooltip directive in Angular?

With so many tooltip solutions available, creating your own tooltip directive may seem like reinventing the wheel. But here are some reasons why you still may want to consider building it from the scratch on your own:

So if you already decided to build your own tooltips, let's see how we can approach that task and what building blocks of Angular shall we use.

Tooltip as a Directive, Component or as Service?

It depends, of course 😉 The same way as a custom button in Angular can be implemented as a standalone component tag, or as a directive applied on a standard HTML tag. Today I will show you how to implement a tooltip in Angular as a directive because I find it the most common use case. Usually, tooltips don't live on their own (like Components) and don't need to be invoked programmatically (via Services). They are usually add-ons to existing HTML content, and that is where structural directives work best.

But as your use case may be different, you may consider implementing tooltips as an:

Ok, so let's start from the short todo list with the steps required to build our reusable tooltips:

And here is a list of necessary ingredients for our Angular tooltip directive recipe:

Component, directive and a module?! You mentioned only a directive before! Yup, you got me! I did cheat on you, but just a little. You can actually achieve all of that with just an Angular directive. But having a component inside a directive (kind of) gives us a more convenient way for styling, and a module will help us to wrap it up and keep our code clean. So apologies, but I had good intentions 🙈

Note: you will find the whole code from this tutorial in our repository: https://github.com/accesto/angular-tooltip-directive

For those of you willing to reuse your existing project, just skip to step 1. but if you want to start from scratch, please open your favourite IDE, and in the terminal type in:

And follow the standard installation process of a fresh Angular project. After the project is up and running, replace the contents of app.component.html with a single button:

Or, with a cat icon.

Let's start by generating a tooltip component via Angular CLI:

I like to keep all the common UI building blocks (like buttons, tooltips, labels etc.) in app/common/ui/directory, but of course, feel free to adjust to your preferences. Our tooltip component will actually be just a nice wrapper for a template and some CSS, no fancy logic required, so tooltip.component.ts can be as simple as:

Later we will add some customisation, but for now, the only difference from an empty component boilerplate are three properties - tooltip, left and top. These will keep a tooltip text and position (tooltips will be placed globally within the browser window and we will be using position:fixed for locating them).

In the template, we just need to display tooltip text and attach its location to the left and top properties of a component, so HTML content of tooltip.component.html would look like this:

Here is an exemplar styling with a black background, white font and some rounded corners, but feel free to make it your own:

As already mentioned, tooltips will work globally, thus position: fixed. Last line with transform:translateX(-50%) will ensure that tooltip self-positions itself horizontally. You may also want to define some max width or z-index, but I will leave that with you. Right now, let's maybe just add a nice triangle indicating an anchor point: 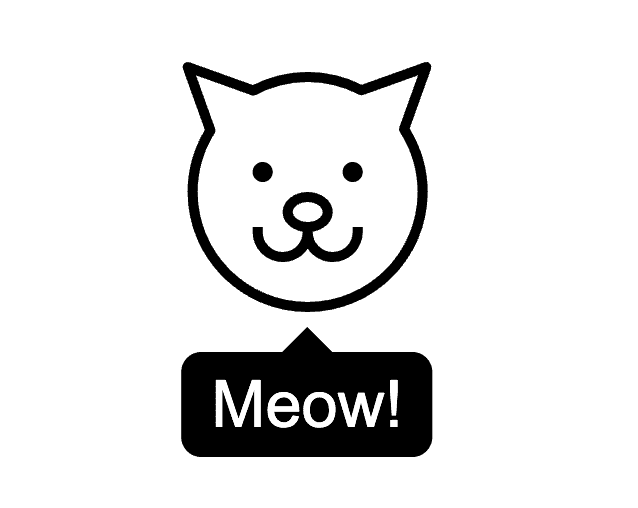 As for now, we aim to display the tooltip below the HTML element, but in part 2. of this tutorial I will explain how to add some additional usage options - including tooltip location/direction, show delay or closing time. But first, let's finally create an Angular Tooltip Directive.

Directives can be created via Angular CLI in the same way as components:

Mind the additional /tooltip in the path, as we want our directive to be generated in the already existing folder with a component.

Now, let's declare, inject and import a few objects that we will need inside our directive:

We start by importing our tooltip component class, as we will create its instance (via component factory) every time we want to show a pop-up tip to your users. We also need a few objects to be injected into our constructor:

Then, we declare a componentRef property, to store the reference to a TooltipComponent, which we will be instantiating via the factory.

Remember also to provide a meaningful selector name for the directive. I just used a [tooltip] for convenience, but you can name it eg. [appTooltip].

Then, let's define an attribute that we will use to pass as an @Input() to our tooltip. Right now we just need a tooltip content, so you can name it simply a tooltip or something like tooltipText.

Again, for convenience, I stuck with the tooltip as it allows me to simplify the syntax, and use the directive easier. So instead of:

I can skip the selector part and simply write:

That is of course, convenient, but may sometimes cause you trouble if a tooltip property conflicts with some other directives you may have, so watch out!

After having all the groundwork done, let's implement some tooltip logic. We will start by creating an actual tooltip on hover, or more precisely onMouseEnter.

This method will be listening (thanks to @HostListener) to mouse pointer events relative to the DOM element, on which we have applied our tooltip directive. Event mouseenter is emitted each time the user's cursor starts to hover above our DOM element. When that happens, we first check if our tooltip does not exist yet (using its reference this.componentRef) and if not, we will move on with its creation:

This method for setting up the properties would like this:

Method description is quite straightforward:

That is how we handle hover, now it's time to take care of tooltip hiding:

There are two situations in which we have to make sure that our tooltip hides: when we hover out (mouseleave event), and when the element on which we applied our angular tooltip directive is destroyed (ngOnDestroy).

Step 5 - wrap it up in a tooltip module

Again, we will use the Angular CLI:

And inside the module, we will declare our component and directive, and will export our final Angular tooltip directive:

To use tooltips we just have to add our TooltipModule in app.module.ts:

And we are ready to apply the directive like this:

or for a button:

And that was it - you can now hover above your button (or a cat 😺) and see how our tooltip appears:

How can we improve our Angular tooltips?

That was just a very basic tutorial on building your own angular tooltip directives. Check out the part 2 of this tutorial. in which we will extend this with many useful customisation and usage options. Part 2 includes: