If you are not familiar with containerization, then here are the most common benefits that make it worth digging deeper into this concept:

Let's start with a quote from the Docker page:

Docker containers wrap up a piece of software in a complete filesystem that contains everything it needs to run: code, runtime, system tools, system libraries – anything you can install on a server. This guarantees that it will always run the same, regardless of the environment it is running in.

This might sound familiar: virtualization allows you to achieve pretty much the same goals but in contrast to virtualization, Docker runs all processes directly on the host operating system. This helps to avoid the overhead of a virtual machine (both performance and maintenance). Docker achieves this using the isolation features of the Linux kernel such as Cgroups and kernel namespaces. Each container has its own process space, filesystem and memory. You can run all kinds of Linux distributions inside a container. What makes Docker really useful is the community and all projects that complement the main functionality. There are multiple tools to automate common tasks, orchestrate and scale containerized systems. Docker is also heavily supported by many companies, just to name a couple: Amazon, Google, Microsoft. Currently, Docker also allows us to run Windows inside containers (only on Windows hosts).

Before we dig into using Docker for the Microservices architecture let’s browse the top-level details of how it works.

As mentioned earlier, Docker might seem similar to virtual machines but works in an entirely different way. Virtual machines work exactly as the name suggests: by creating a virtualized machine that the guest system is using. The main part is a Hypervisor running on the host system and granting access to all kinds of resources for the guest systems. On top of the Hypervisor, there are Guest OS’s running on each virtual machine. Your application is using this Guest OS. 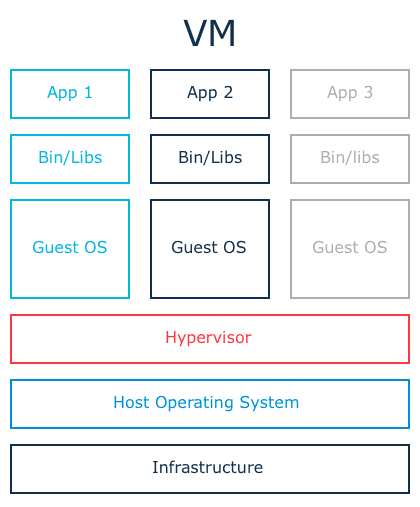 What Docker does differently is directly using the host system (no need for Hypervisor and Guest OS), it runs the containers using several features of the Linux kernel that allow them to securely separate the processes inside them. Thanks to this, a process inside the container cannot influence processes outside of it. This approach makes Docker more lightweight both in terms of CPU/Memory usage, and disk space usage. 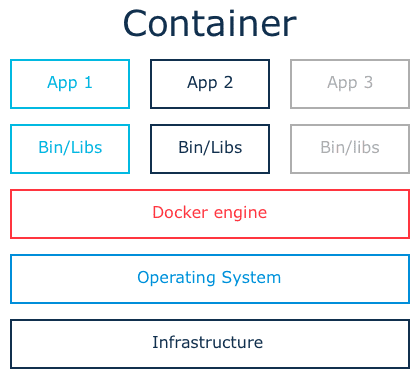 I plan to write another Docker-related article "From development to production" soon - subscribe to our newsletter to get notified about it.